Built as a pleasure palace by Archbishop Markus Sittikus in a hunting area 4 kilometres south of the town, Hellbrunn Castle, its park with ponds and the Trick Water Fountains are worth a visit.

It is the only Renaissance palace close to Salzburg. Its manneristic grottoes were probably designed after an Italian example.

In the Roman Theatre the archbishop could play a wet trick on the people of his court.

The hill, where the ensemble is situated, was settled in early times already.

The Castle of One Month on its front side, which is used as a folk museum today, can be seen from far away.

It offers fine views of Hellbrunn and the town as well as the mountains.

The first opera north of the Alps was probably performed in the Rock Theatre.

The salt mine tour

The visit of a salt mine is an experience not to be missed!

Travel through narrow tunnels on a former miner´s train into the heart of the mountain, where you cross a salt lake by a raft.

Also enjoy a ride down an original miner´s slide… and, there is still much more waiting for you!

After the visit of the salt mine we continue our tour by seeing the typically Bavarian villages of Berchtesgaden and Bad Reichenhall.

This countryside with its 76 crystal clear lakes, its mountains and its picturesque towns and villages, is really worth a visit!

There is for instance the village of Mondsee, which is dominated by its catholic church of St. Michael, where the wedding scene of the “Sound of Music” was filmed.

St. Gilgen, another charming village of this region, is the birthplace of Mozart´s mother and has a landing place for a boat trip on lake Wolfgangsee.

A cogwheel-railway, established at the end of the 19th century, takes you up the famous Schafberg mountain. Its peak offers an excellent view of the whole area.

Even the “imperial” town of Bad Ischl can be spotted from up there on a clear day!

The village of St. Wolfgang owes its fame not only to its fantastic location at the lake, but also to the restaurant “The White Horse Inn” which became famous by a German operetta, composed in 1930.

Another a cultural treasure is the Gothic “winged altar” in the parish church of St. Wolfgang.

Passing by the Untersberg mountain we reach Berchtesgaden – the Eagle’s Nest and the Watzmann can be spotted from far away.

Lake Königsee in the Berchtesgaden National Park looks like a fjord and has inspired many poets and painters being one of the prettiest lakes in Germany.

Situated at 1800 m the Eagle’s Nest offers a fascinating panoramic view and a lot of historic information.

The Open Air Museum is situated a few kilometres west of Salzburg in the direction of the German border near Großgmain at the bottom of the Untersberg, one of the mountains close to the town.

It stretches over a big area and can be crossed by train. It is divided according to the districts of the province of Salzburg.

Old farmhouses, a grocer’s shop of times gone by, a mill, an old classroom, a shoemaker’s workshop, a saw and many other buildings were put up in marvellous surroundings to preserve them for the future.

A tiny little village near Salzburg was the place where the song “Silent Night Holy Night“, was sung for the first time. You will hear a lot about the composer, Franz Xaver Gruber and Joseph Mohr who wrote the lyrics, their interesting lifes and the difficult days they had to handle with. Also an interesting story is, how this song was sent out into the world and is sung now all around the world.

A small chapel reminds us of the original site.

A walk over to the other side of the river Salzach shows us a historically interesting town called Laufen, where a well-known baroque painter, Johann Michael Rottmayr, was born.

Due to its size Lake Chiemsee is known as the “Bavarian Sea”. It is situated at the bottom of the Alps and surrounded by a belt of reeds, home of many birds. Its 2 big islands can be reached by boat. On the Monks’ Island the former male monastery near the moorings was later secularized. Today the island is known for one of the castles of Ludwig II, who had to leave some parts of it and the plans for its park unfinished for want of money. It can be reached by foot or in a horse-drawn carriage passing through a wood full of flowers.

The church-tower on the neighbouring Ladies’ Island is typical of the region. The church possesses Romanesque frescoes. Close by is an archway of Carolingian times with a museum of the island painters. On this small island of fishermen and artists there are comfortable inns and a Christmas Market at the beginning of the Advent Season which is worth a visit. 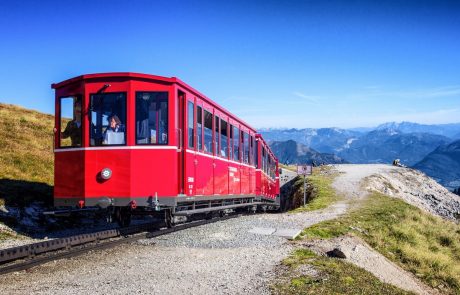 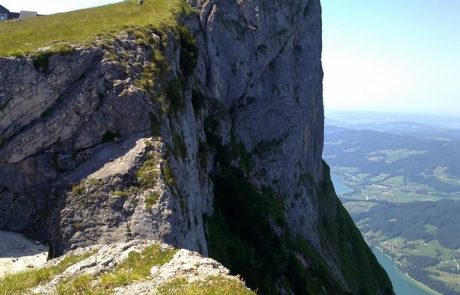 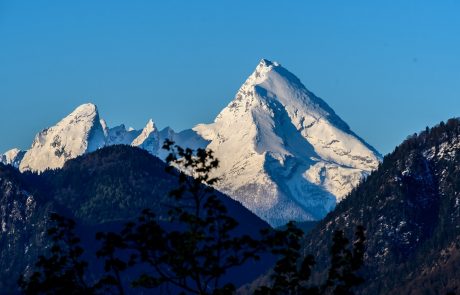